Hiring employees that will be working closely in your home or with your children is not an easy task. There is always risk involved while working with others in such an intimate fashion, but that is not to say you can’t have a trustworthy relationship with your employees. Here are a few tips for hiring in-home personnel.

It is a good idea to look into background check services for employers before conducting interviews and making sure you put your research to use, even on your standout candidates. It can be easy to skip through the hassle of running a fine-tooth comb through your potential hire’s past, but it is an essential task in getting offering the job to the best applicant.

Questioning references can give you an insight into the type of contender you are considering based on past employers’ experience. Talking to the previous bosses of your future nanny, housekeepers or personal assistants is a great way to find out if the partnership would be a good fit. You can get a feel of what kind of work ethic your tops choices may have and confirm the information on their resumes.

Go With Your Gut

First impressions are huge aspects of the hiring process and should be considered in these circumstances. While you should interview as many options as are available, there is no shame in having front runners. You can take your strongest candidates and have them over for a working interview so …

In the fourth and final series of my four sections on China’s influence on the US and the global economy, we focus on the benefits of working with international expertise for your business if you have plans to enter the Chinese business market. My extensive Asian market business experience encouraged me to write this series so that you can help you better understand how you can open your business to benefit from the Chinese market.

Cultural mistakes can take a lot of time

In 1973, Procter & Gamble sought to expand their Camay soap line in Japan. Their ad showed a Japanese man meeting a Japanese woman for the first time, and praising her on porcelain dolls like her skin (achieved with a firm soap, of course).

Over the next 13 years, the company lost $ 25 million in the market. Japanese people shouldn’t be soft soapy.

P&G is a large corporation, and has been warned by advertising consultants that advertising (which has been running successfully in many other countries) will not work. But P&G executives ignored it.

The problem is that while Western culture sees the ‘porcelain doll’ praise flattering, in Japan it is seen as disrespectful. The ad said ‘use Camay and attract abusive comments’.

That is a very special cultural difference because of the lack of understanding between Western norms and people in societies that are as different as those around the Pacific Rim. Often differences are more down to earth: legal, logistical, linguistic, …

Having a successful business is no small feat. For some people, however, just being successful isn’t enough; they want their company to have a positive impact on the world around them. How do you operate a business so that it makes money, does good, and helps save the planet all at the same time? There are many ways, and here are a few to get you started.

Go as Green as you Can

New smart business trends, promoted by people like Eyal Gutentag, are geared towards making money and trying to save the planet as well. Try doing things like making your workplace paperless, supporting green procurement of the products you buy, and by supporting local vendors when possible. Installing a water dispensing system can cut down your utility bill and also your plastic bottle usage. There are many small things that all add up in the long run and make a difference.

A great step to take is to invest in your employees’ well-being. Create a positive work culture for them by letting them know you actually care about them. Make sure they have good health care. Ensure that they have all the resources they need to perform well at their disposal. Make work a place they will enjoy coming to. Happy employees are more productive employees.

Give Back to the Community

Giving back to your community is easy, even as a very small business. Something as small as sponsoring a Little League baseball …

How To Make Your Business a Force for Good Read More

The average person will most likely only recognize POS as a way for them to conveniently pay for their purchases with a bank card. Not many customers know of the numerous benefits that the POS system provides the retail store owner. To business owners, the retail POS software provides the convenience of inventory control, managing employees, offering gift cards to customers, incentives to generate more business, and much more.

This remarkable computer software technology is designed to be of assistance to businesses, by helping them to operate more efficiently and successfully. The advancements in the computer technology gives the supervisor and business owner the capability to keep an eye on all aspects of their business. Being able to monitor will allow changes to be made that will reduce waste, save money, and improve customer satisfaction.

The computer technology also offers the many store owners that use it, the means to organize employee hours and reduce management costs. In addition, the system allows business owners to make the most of the successful marketing strategies that are included as part of the software package. These strategies include gift cards and membership cards that can continue to generate income as customers become familiar with using them.

The unique design of the POS computer systems is transforming the way a number of businesses are operating. Restaurants, shoe stores, coffee shops, and an assortment of other types of shops and businesses are improving their management and administrative abilities, as well as marketing skills, with …

How Retail POS Software Can Improve Your Business Read More

This is a common question that we often get asked. 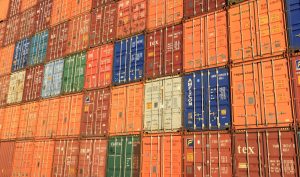 If I already have my own loft, why would I not want to use this space for storage? Why would I want to fork out money on a storage unit? Honestly, these are all good questions. For certain people, their loft may be the ideal solution for storage. Yet there are many things which make a loft an impractical, difficult or even dangerous area to use for storage. In this article by Blue Box Storage, we will give you a few of the reasons why a loft is not a better option in comparison to self-storage.

In most cases, lofts are somewhat small. Unless your home is a mansion (whereby storage spaces is already not an issue to you), the loft in your home is usually close in size to the house’s footprint. It also probably features beams and eaves, which limit the height of the liveable space. Yet this room is the ideal space for storing a couple of smaller items that are cluttering up your home and they are still accessible if and when needed. This can include items such as family keepsakes, suitcases, photographs and Christmas decorations.

Yet if you need to store larger items such as furniture, big boxes or a sofa, getting these items up your ladder and then through the loft hatch might not be very convenient. This is when a self-storage unit is a more sensible option. These units …

Self-Storage Vs Loft – Which One Should You Be Using? Read More

What Makes Aluminum Anodizing So Special

The Different Types of Aluminum Framing Systems What’s the Difference

How to Tell If Diamonds are Real

Buying Tickets On The Secondary Market

How To Find the Right Financial Advisor